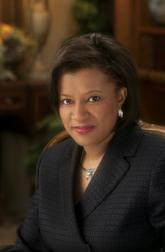 Attorney Jewel Scott has been appointed as Jamaica’s Honorary Consul at Atlanta, with effect from 26th August 2014.

As Honorary Consul, Mrs. Scott will provide consular services to Jamaicans and persons wishing to visit Jamaica, and to promote the development of social, cultural and commercial relationships between Jamaica and Atlanta.

Mrs. Scott was born in Manchester and grew up in Hanover. She obtained her Bachelor of Law from the University of the West Indies, Barbados in 1982, a Certificate of Legal Education from the Norman Manley Law School in 1984 and her Juris Doctor from the Mercer University School of Law, Georgia in 2000.

Mrs. Scott will replace former Honorary Consul, Mr. Vin Martin O.D., who served with distinction for many years as Jamaica’s consular representative in Atlanta. Mr. Martin sadly passed away in July 2014, after retiring in 2013.